I’ve had a couple of encounters with Halifax’s Mayor Peter Kelly over the years.  The first was at a local elementary school, during its annual Health & Wellness fair.  I was there in part to provide information to parents, teachers, and community members about resources and mental health services offered here in our fair city.  You know, that pesky day job that takes me away from all the writing I should be doing.   A colleague and I were told by the organizers that Mr. Kelly planned to attend (and who, coincidentally it seemed, was running for re-election at the time), and was interested in chatting with us, hearing a bit more about the type of work we do and the families we work with.  The press was there as well, most notably a camera crew from Global.   My co-worker was excited about all the fuss, and laughed about the possibility of meeting Mayor Kelly and perhaps getting our picture taken for the newspaper.  As the mayor made his way into the gymnasium, he walked a short distance before stopping to chat with a pretty blonde nutritionist, a number of smiling youngsters in tow.  The cameras rolled, the lightbulbs flashed, and the moment was caught for prosperity.  Then, as the cameras were packing up to leave, the very MINUTE the press in attendance waked out the door, I overheard him say to an organizer “well, look at the time.  Seems I must go!”  And with that he made a quick dash through the gym, slapping at hands as he went past (mine included), kind of like a rock star leaving a stage after a concert except – well, Mister Kelly’s no rock star.

Flash forward a few months later and I’m at the city’s annual Pride Parade, and there’s our newly re-elected mayor dashing through the crowd, throwing candy to the onlookers.  Now, I suppose one should be grateful that the mayor’s out there representin’ in the parade itself.  Except, unlike say our Premier Darrel Dexter, who sat in the back of a convertible with a lei around his neck throwing beads at screaming parade goers,  having fun with all the shenanigans and not taking himself too seriously,  ol’  Peter instead ran in a crouch with a baseball hat on backwards and dark sunglasses, looking like some sort of demented ninja, as he biffed hard candy at startled onlookers (I believe my friend Aaron still has a scar on his leg from being pelted).

Last summer Mr. Kelly showed what some might describe as his true character during the “Cash for Concert Scandal” when it was discovered he’d authorized millions of city taxpayer dollars advanced to a favourite promoter, and then kept those loans secret from City Council, fully knowing he would need their approval for a loan of such magnitude.  Today, the city is still on the hook for over $350,000 in unpaid loans as a result.

And so….even though it’s been a long time since my last political science class, it’s been my belief that we elect the Mayor and Council to protect the public interest.  The Mayor’s job is to lead council, and to recommend measures to improve the finances, administration and government of the Municipality.  In this Cash for Concerts scandal, Kelly failed to do so on all counts.  But, like a Phoenix rising from the ashes, he managed to escape taking responsibility and accountability after fumbling through many an excuse and pardon, and so lived to see another day, and thereby have the chance to make another epically grand bad decision in “the city’s interest” – that of the raid and eviction on the OccupyNS  protestors from Victoria Park this past Remembrancer Day.

Now I won’t pretend to know a lot about the Occupy Movement and all it stands for.  I know that “Occupy Wall Street”, from which it stems, describes itself as a people powered movement started on September 17th with an encampment of the famed financial district in New York City, with a “vow to end monied corruption in our democracy”.  In fact, I had only passing knowledge of it before this very public eviction Friday past.  I’ve seen the protestors, at Grand Parade, at Government House, and finally at Victoria Park.  They’d never seemed particularly bothersome to me.  Some were even downright friendly and polite, even if they sometimes looked at my business casual like dressed self and probably thought “there goes the 1%” (but c’mon, i’m from the Pier….that immediately puts me in the 99%).   So no, other than that basic message, I’m not convinced I have a clear understanding what Occupy Ns stands for…  But what I do respect is their right to protest, a right given under the Canadian Charter of Rights and Freedom.  And like many people, I watched events unfold as  these protestors negotiated in what looked like good faith with Mayor Kelly to relocate their encampment from Grand Parade to Victoria Park (Kelly suggested the Commons, the protests opted for Victoria) so as not to disrupt or disrespect planned Remembrance Day services.  And yet while all this was happening, plans were afoot to evict these pesky protestors and their unsightly tents and shopping carts and such, and so quietly “no camping” signs started sprouting up all over, and secret closed-door council sessions happened, and, on one of the stormiest, rainiest days in recent memory, on the very day decidated to peace and tranquility, a day honoring the men and women who have fought so valiantly for the rights and freedoms we enjoy and take for granted in this country, these people were descended upon by an armada of orange clad police officers, and forcibly evicted from their relocated encampment site, with many arrests and injuries as a result,  Or in other words, our Mayor pretended to negotiate with these people but in truth lied,  and then he and City Council, quoting a city by law against camping in public parks – essentially a technicality not to be overlooked that  he himself set in motion –  gave orders to the police to carry out a shameful act of what basically comes down to school yard bullying on a day made to honor peace….with the eyes or the country, nay the world, upon us all.  And, much like the Concert scandal, Mayor Kelly has spent the last number of days opting between being evasive to pointing fingers elsewhere regarding  the decision to evict, and once again never taking responsibility for his own actions.

To me, the majority of the Occupy NS protestors I’ve seen and heard  seem overwhelmingly young and idealistic, with many tattooed, pierced, and mohawked amongst their ranks.  Our disenfranchised or otherwise disillusioned youth you might say.   Now, your typical armchair critic might say  if you really want to make change “get a bath, get a haircut, and get a job” .  Those are the comments I’ve sometimes seen on Twitter or Facebook pages the last few days.  but the reality, for many, is not that easy.  And I believe, in this case, that many of these protestors have been judged by how they look.  Meaning, I don’t see the girl with the nose ring and the purple spikes in the army fatigues jumping to the front of anyone’s interview line, even if behind the look lies a masters in psychology, say, or a math genius or some masterful writer type or  poet.  And this seems wrong.  I mean, I see pro-life advocates protesting most days in front of the VG,  quietly doing their protest march and singing their protest songs.  Often these grandmotherly types are wrapped in their best homemade knit wear, and I just know in the next month or so they will be marching about in reindeer cardigans with little flashing plastic wreaths attached to them. Now this seems an affront to my eyes, but should I chase them with sticks, or maybe throw flyers at ’em from the Bay and Sears and Reitmans, or wherever those grandmotherly types shop, and say for God’s sake take a long look in a mirror and GO SHOPPING!  Also, being the grandmotherly types they are, they often have long naps sprawled out in their lawn chairs.  Is this not potentially a form of “camping”?  The old girls are hunkered down in lawn chairs, keep in mind, and nothing since camping like hunkering down in a lawn chair.  Well, except for maybe roasting marshmallows, and they haven’t started that.  Yet.  But no, rather then make a big deal of it, I’ll just quietly walk by, smile, and nod, recognizing their right to protest as much as the next person.

I attended the rally Saturday at Grand Parade Square following the eviction.  Well, I intended to stop by on my way somewhere else, but ended up almost spell-bound the entire afternoon, listening to speeches and heartfelt cries, and watching nervously as mounting tensions with police grew.  Luckily, organizers were able to make a plea for calm, and the crowd respected their wish.  But over the course of a few hours,  I watched people reunite after a night in jail or a night of being missing, hugging each other with genuine concern, admiration, and affection.   I watched many of the young police officers gathered look about uncomfortably or with steely faced emotion  amongst  the angry crowd, and i thought “they’re just doing their jobs…for most of these guys, this is not their fight””  The protestors are told they can’t camp on the grounds, any grounds,  and if they do, they’ll be arrested  immediately again.  Police presence is large, costly, and I expect will remain in place.  And so now instead of pitching tents,  they now occupy the stairs at Grand parade, and passing them tonight, in the dark, they look almost like one giant moving organism, telling its story, and it seems every day since the eviction, more and more people are standing about, listening to their message.

So no, I’m not yet clear on what the full agenda of this OccupyNS movement is, but thanks to Mayor Kelly, they now have my attention.  And probably yours too.  Or, to paraphrase  the twitter feed of #OccupyNS, in geek speak….remember that time in Star Wars when Obi Wan told Darth Vader if you strike me down now it will only make me stronger, and then he strikes him down anyway and it does?…..Yeah, this is kind of like that. 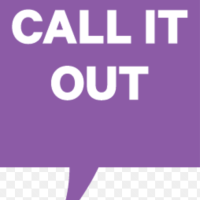 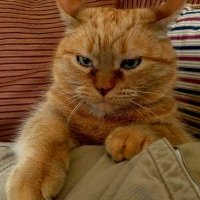 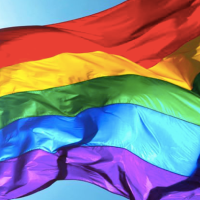 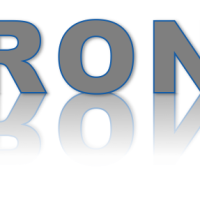 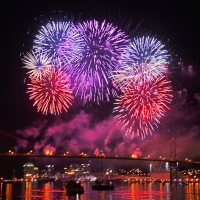 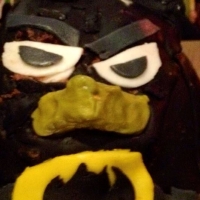 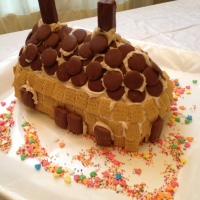 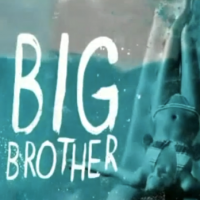